We are currently experiencing issues with our payment processing, please call us at 651.770.5854 to complete your purchase.

The shop technically got its start in 1976 as the rod finishing facility for Minnesota’s own, 3M Scientific Angler. The rod-building era was short lived, and in 1978 the shop's name was changed to Bob Mitchell’s Fly Shop when Dick Johnson sold the shop to Bob Mitchell. Bob made two decisions from the start; the first to get out of the rod building business and the second was to become the place for fly fishing education in the area. Under Bob and Jean’s care, the shop nurtured a sense of community. It quickly became a gathering place where folks could spend a few hours on Saturdays talking, sipping coffee and making new friends. In 1994, Bob and Jean retired and moved to Montana, selling the shop to Michael Alwin.

When Mike purchased the shop, he not only moved it up out of the basement, but he settled it into its new home right on Lake Elmo’s main street. He increased the class offerings and stayed loyal to the store’s original intent- offering first-rate tools, materials, equipment and clothing. Mike’s passion for the sport, as well as his love of story telling have been a major factor in the store’s continued success and the main reason Bob’s dream is alive and well today.

In 2013, 18 years after buying the shop from Bob Mitchell so he could move to Montana, Mike and his wife Deb sold the shop to another Bob, this one from Montana. Robert Hawkins left the blue ribbon waters so many dream of to come to Minnesota and add his piece to the BMFS story. He plans to carry on the shop’s long-standing tradition of quality products and service. It's his goal to weave his knowledge and experience together to create the shop’s next chapter. In June of 2016, the shop moved to it's current location in St. Paul. 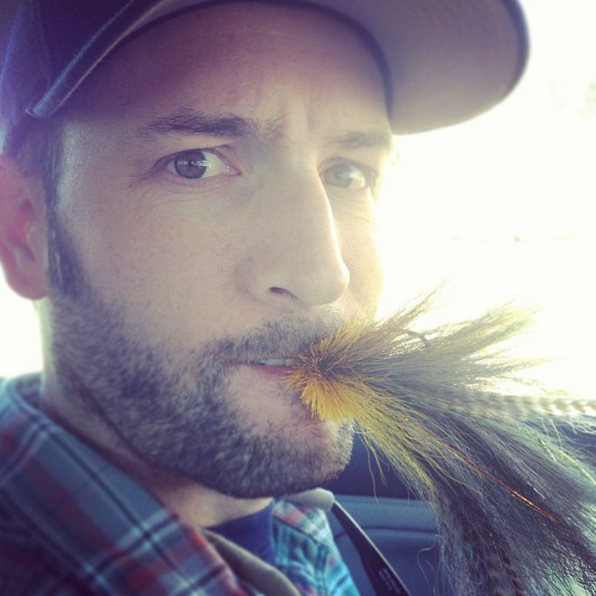 Robert Hawkins: I was lucky enough to have been born in Bozeman Montana, a place known today as the fly fishing capitol of the world. I was also fortunate to have parents that spent their spare time on the rivers and lakes of southwest Montana. My passion for fly fishing was born from these two facts. By a young age, I had logged a considerable number of days in a drift boat and was more than proficient on the oars age 15. My dad didn’t seem to mind that I learned to row at a young age, just more fishing for him. But I eventually decided it was time to leave my little home town and head for Seattle, where I studied commercial photography. I stayed in Seattle for a few more years, focusing on photography but I eventually the rivers called me back and I headed back to Montana.

I made up for lost time and fished like it was going out of style when I returned to Montana. I hadn't realized how much I missed being on the water. After a few summers of being a dirtbag fisherman and working at the local snowboard shop, World Boards, an ad in the back of the paper caught my eye. It said, “Land the dream job of a lifetime” and had a photo of a guy holding a monster rainbow trout. That's all it took. Make money doing what I loved? I was sold. Sweetwater Travel, in Livingston MT, had a guide school to mold punks like me to into respectable guides and they had a reputation for 100 percent placement. I enrolled that winter and went to the one week class that spring. I began my first job as a official fly fishing guide in Alaska that summer. For the next seven years I guided in Alaska for the summers and worked at World Boards in the winter. It was the perfect single guy lifestyle.

Upon returning home from my 7th (and what I though would be my last) year of guiding, I did what all Montana boys dream of. I met a midwestern girl. Having grown weary of the Alaska wear and tear already, this sealed the deal- I wanted to be closer to home. And so I began my Montana guiding era. My first call was back to Sweetwater Travel. They were in the business of finding homes for salty guides like me, and as luck would have it they needed a manager for their Montana outfit, based on the Yellowstone in Big Timber, MT. And to bring it full circle, they also were looking for an instructor for their guide schools, the very same one I had attended years before. For the next 5 years I guided through out the area: the Yellowstone, Boulder, Stillwater, and Bighorn rivers. And was fortunate enough to help instruct the next generation of guides along side the amazing (legendary) Ron Meeks and Tracy Peterson. I fell so in love with the area that Rhea and I were married at the lodge in Big Timber on October 25th, 2007. It was the best day of my life.

When our phone rang years later telling us about the greatest little fly shop who's owner would be retiring, it didn't take much to convince us it was time to move east and start the next chapter of our lives. This would be moving home for Rhea, and a new adventure with some new fish for me. I couldn't have been more excited. The rest, as they say, is history... 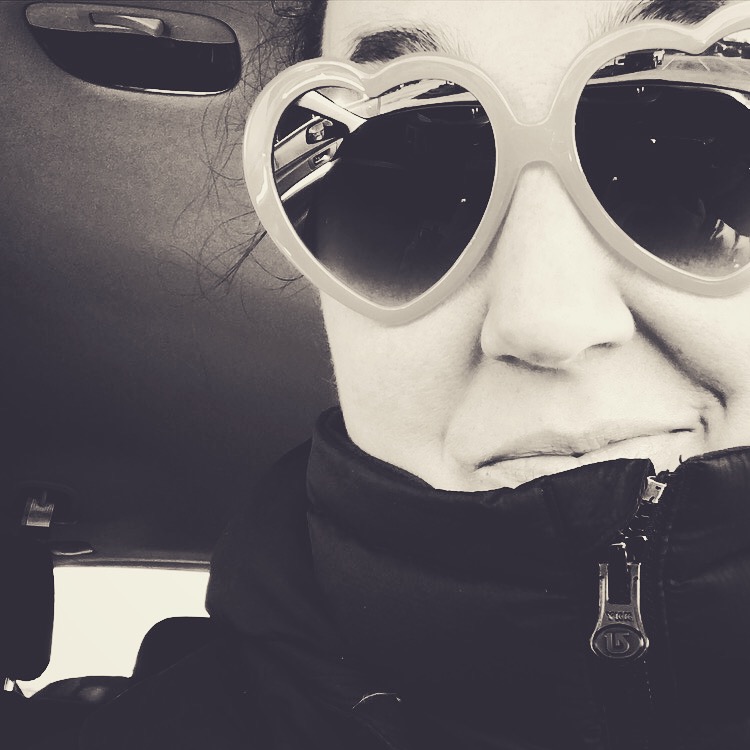 Rhea Hawkins: The majority of my life has been defined by flukes. I transferred colleges because someone told me the other one was "in a house and the bathrooms had bathtubs." I accepted a job I don't remember applying for and that job took me to Montana for "ONE" winter (I ended up staying for almost 10 years). An impromptu drink with a friend led me to meeting my husband. A random chat with a friend of a friend lead to us moving across the country and buying a business that we'd never stepped foot into.

I am a designer by trade, but spent 50% of my days helping people get out on the water. As the owner of a fly shop, I definitely have traded a lot of my fishing time for talking about fishing time. But seeing customers come back in after catching their first fish makes it a fair trade. I recently caught a goldfish. I may retire and go out on top of my game. 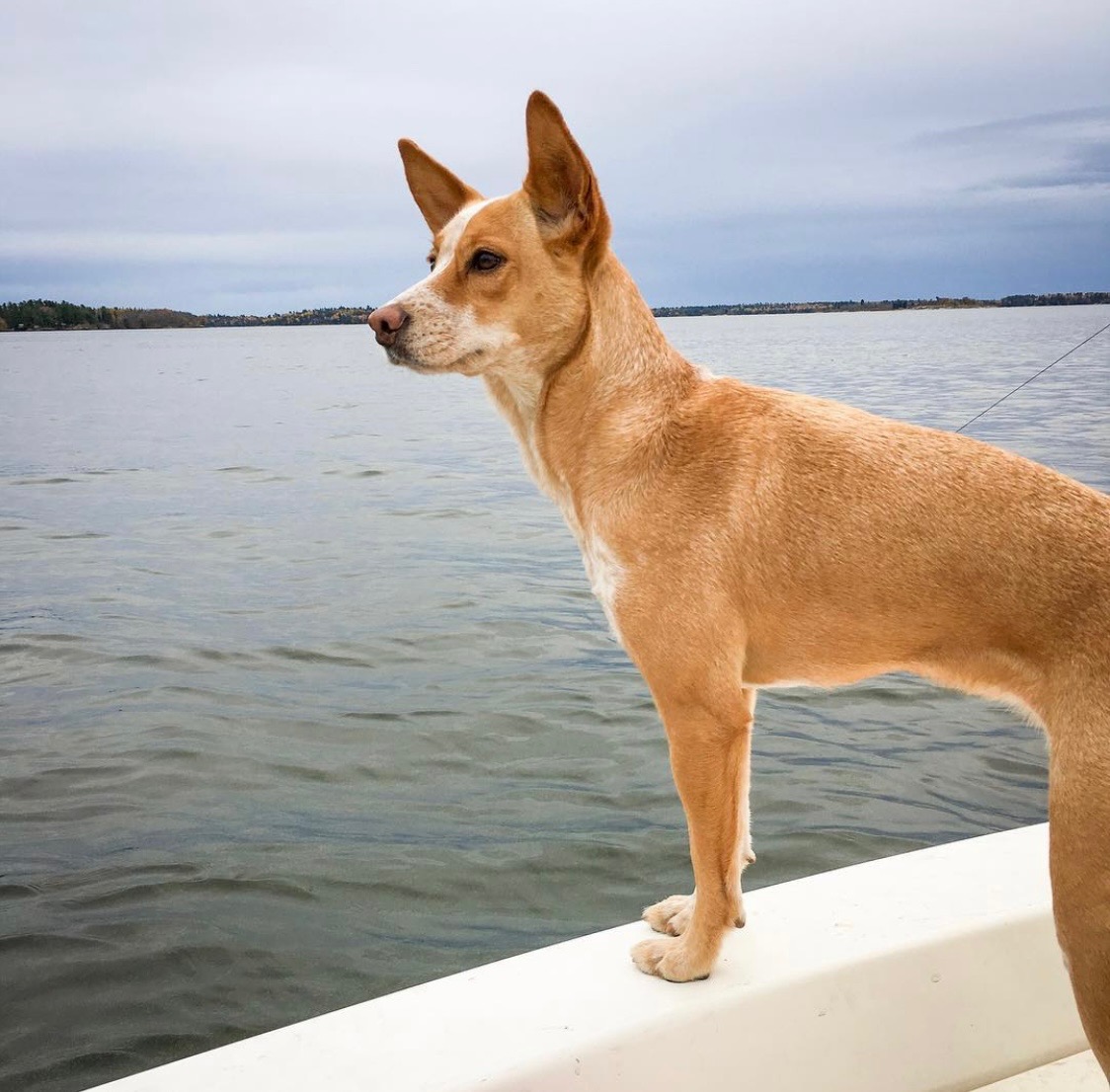 Hazelnut: Hazel was born on a blustery Valentine's Day in 2012. After a stint in the Joplin clink (she doesn't like to talk about it), she migrated north to spend her days enjoying her new found freedom here at BMFS. What Hazel lacks in manners, she makes up for in spirit. She is working at the shop part time ​while she takes night classes to get her degree in business management. Hazel spends her days off fishing for sunnies and chasing bunnies. She is a life long believer of the health benefits of a strict paleo diet and has been doing it since before the crossfitters made it popular.​​​​​​​​​​​ 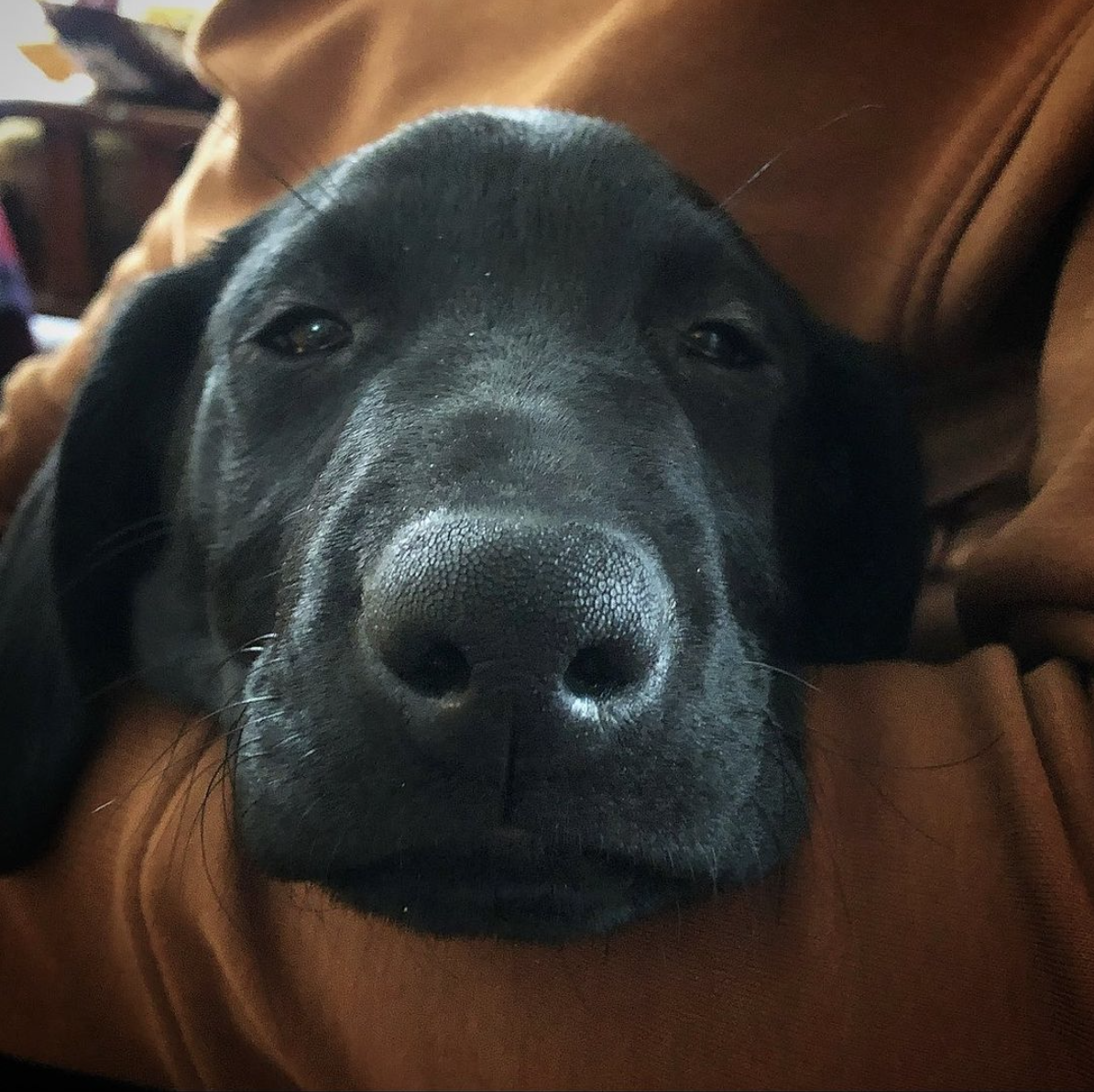