We are currently experiencing issues with our payment processing, please call us at 651.770.5854 to complete your purchase. 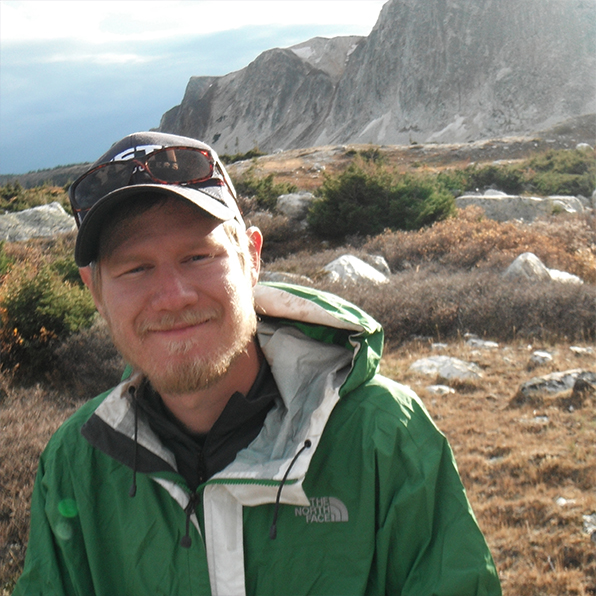 Evan Griggs: I’m so excited to be going on my 10th+ year of guiding and sharing the great fishing opportunities that abound in MN/WI. I have been fishing in Minneapolis and the Driftless area since before I could walk. When I was ten years old, I remember watching my dad fly fishing on Hay creek and suddenly realizing, “I’ve been watching him do this for years, and he’s never caught a fish!” At that point I was determined to catch a trout on a fly. I taught myself how to cast in my front yard, cut my teeth catching sunfish on city lakes, and practiced reading water on my neighborhood creek. It took three years, but I finally caught my first trout on a dry fly on the same creek where I watched my father. From that moment on, fly fishing quickly became my passion.

When I was 13, I made up my mind that my passion was someday going to be my profession. Right after my high school graduation, I became a trout bum and went to work on the Bighorn River in Montana at Cottonwood Campground. I worked in the fly shop, mowed the campground, and ran guide trips for two seasons. I completed my bachelor’s degree in Outdoor Education from Black Hills State University. Other places I’ve guided are western North Carolina and the Black Hills of South Dakota. I’ve also taught thousands of people over the years a myriad of outdoor skills and environmental science lessons across the nation working for various government agencies and nonprofits.

It’s been fantastic being on the Bob Mitchell’s Fly Shop team and creating a diverse offering of guided trips and classes! We never stop improving, trying new things, and finding better ways to support our angling community. The time I’ve spent with the shop has been the icing on the cake. See you on the water! 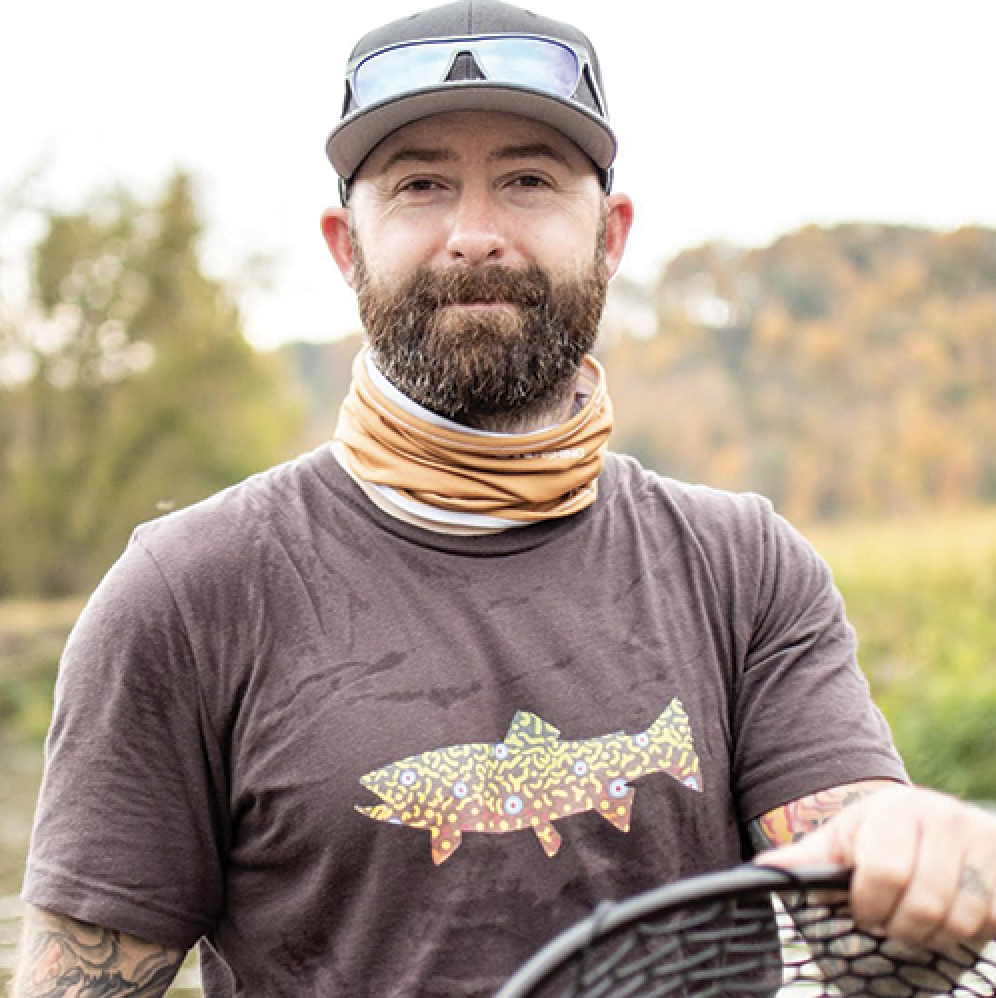 Bret Oeltjenbruns:  I grew up in a small town in Iowa. In the summers, my dad would take me on camping trips to conventional fish for trout in Northeastern Iowa. A lot of folks think of Iowa as flat and just filled with corn fields, but Northeastern Iowa has some of the most beautiful scenery in the Midwest. After high school, I fell out of fishing and moved to Minneapolis to pursue music. I was lucky enough to be in a band, touring the country full-time, and singing in front of crowds every night. I would occasionally go back to Iowa to fish with my dad, but it never really stuck until in 2012 when I was at a sporting goods store deciding between a fly rod and a compound bow. Well, I went with the fly rod, and that sealed the deal!

These days, I frequently travel to Iowa to fish with my dad, fishing North and South Bear Creek and floating the Upper Iowa for trout and small mouth bass. My wife’s family lives in South Dakota, so I’m lucky to be able to fish one of my favorite fisheries quite often. I also enjoy fishing Wisconsin and Southeastern Minnesota for all fish species.

In the fall of 2016, I became part of the Bob Mitchell’s team as a guide and instructor. Since then, I’ve had the opportunity to meet some of the greatest people in the fly-fishing community. In 2017, I graduated from the Sweetwater Travel Guide School in Montana. I guide predominantly in the Minnesota and Wisconsin areas for trout and small mouth bass, but I have also done some guiding in the Black Hills of South Dakota. Being part of the community and getting the opportunity to teach all ages this amazing sport of fly-fishing are the best parts of guiding and instructing. 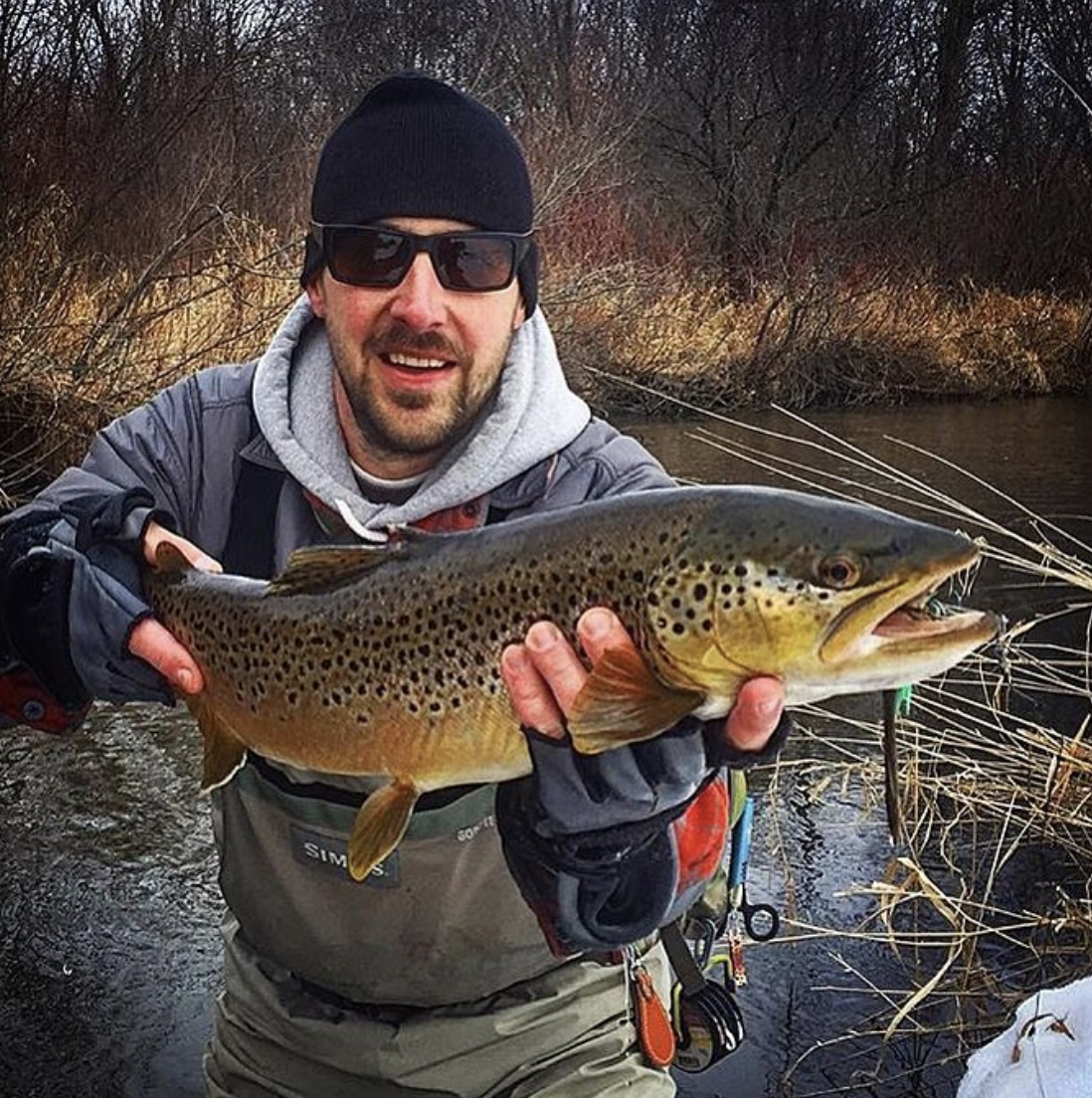 Aaron Przybylski: Aaron here. I grew up on the St. Croix River in Stillwater, MN. I spent most of my childhood in, on, or near water. The earliest memories I have of fishing are from docks with my Grandpa Rich. He liked using cane poles, so that’s what liked too. I remember him being particularly excited about a rock bass that I caught one day. It may have been the first time I baited a hook, caught a fish and released it all in my own. The thrill I felt that day is the reason I continue to fish.

It wouldn’t be until almost 30 years later that I picked up a fly rod. The decision to do so was either the best or worst decision of my life. Best because, besides my wife and two daughters, it’s my favorite thing to do. Whether its trout, musky, pike, bass, carp or even pan fish, it’s always on my mind and I like that. The reason it might be the worst decision I’ve ever made is because ITS ALWAYS ON MY MIND. Nah, it’s the best.

Today I’m lucky enough to be able to work for and be great friends with the shop owners, Bobby and Rhea. I get to guide people on local trout streams, give casting lessons and teach fly tying lessons to people who are genuinely excited to learn about fly fishing. You’ll see me in the shop quite often too. 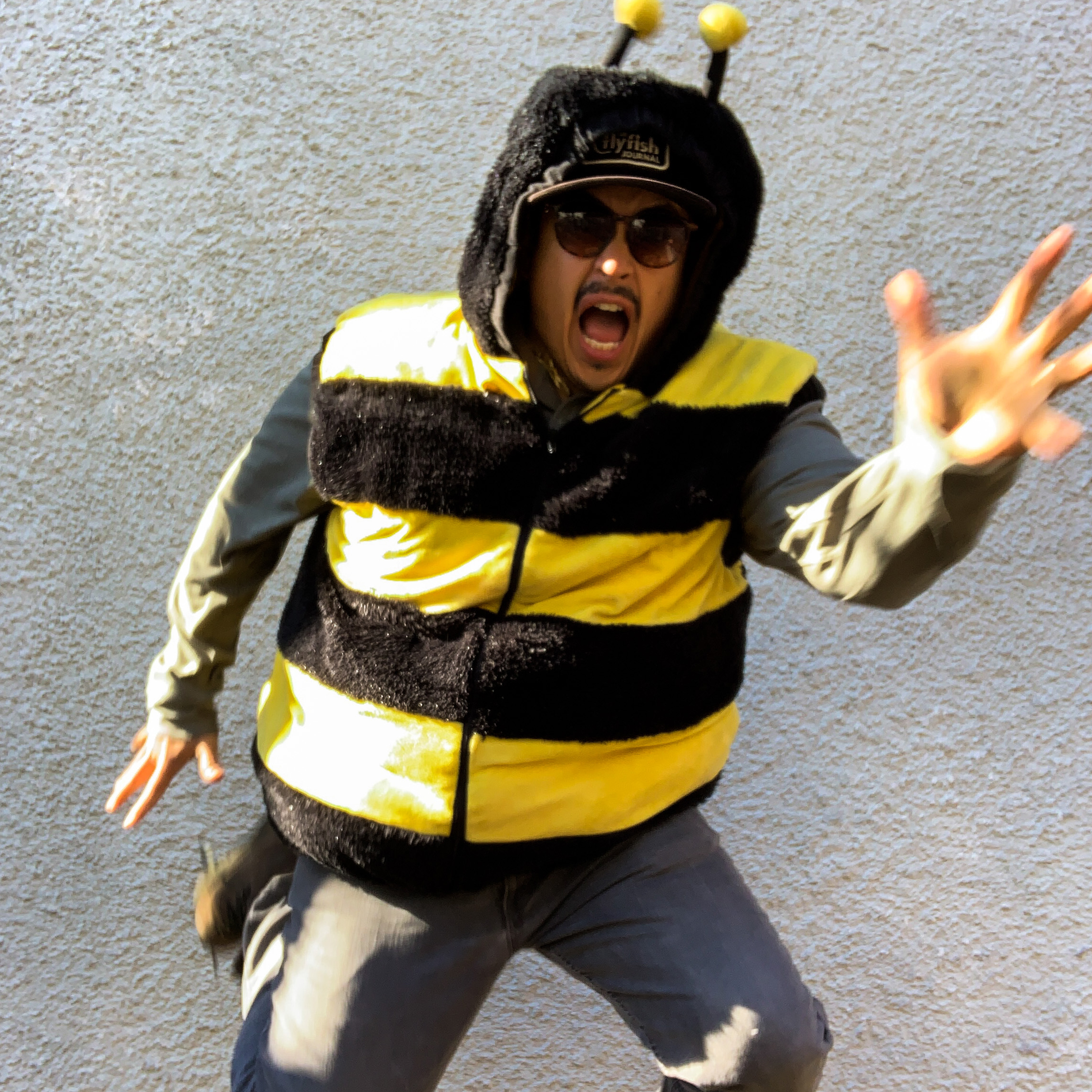 CARF: My name is Justin Carfagnini, but most people just call me CARF. I’m an easy going, karaoke-loving, pasta and rice-eating Italian-Filipino, with a decent sense of humor (I’m hilarious). I moved from Chicago to the Twin Cities for a career transition from commercial insurance to a new gig in crop insurance (a growing business…that’s a pun). Shortly after this transition, I realized what I truly want to do. Take photos. Spend hours editing video. Simply create. I always seem to have a camera in hand, mostly interchangeable with a fly fishing rod. It’s never a toss-up whether I take more pictures or catch more fish on my outings- the photos win out every time. I love people and dislike talking about myself, which is undoubtedly why this took me far too long to write. 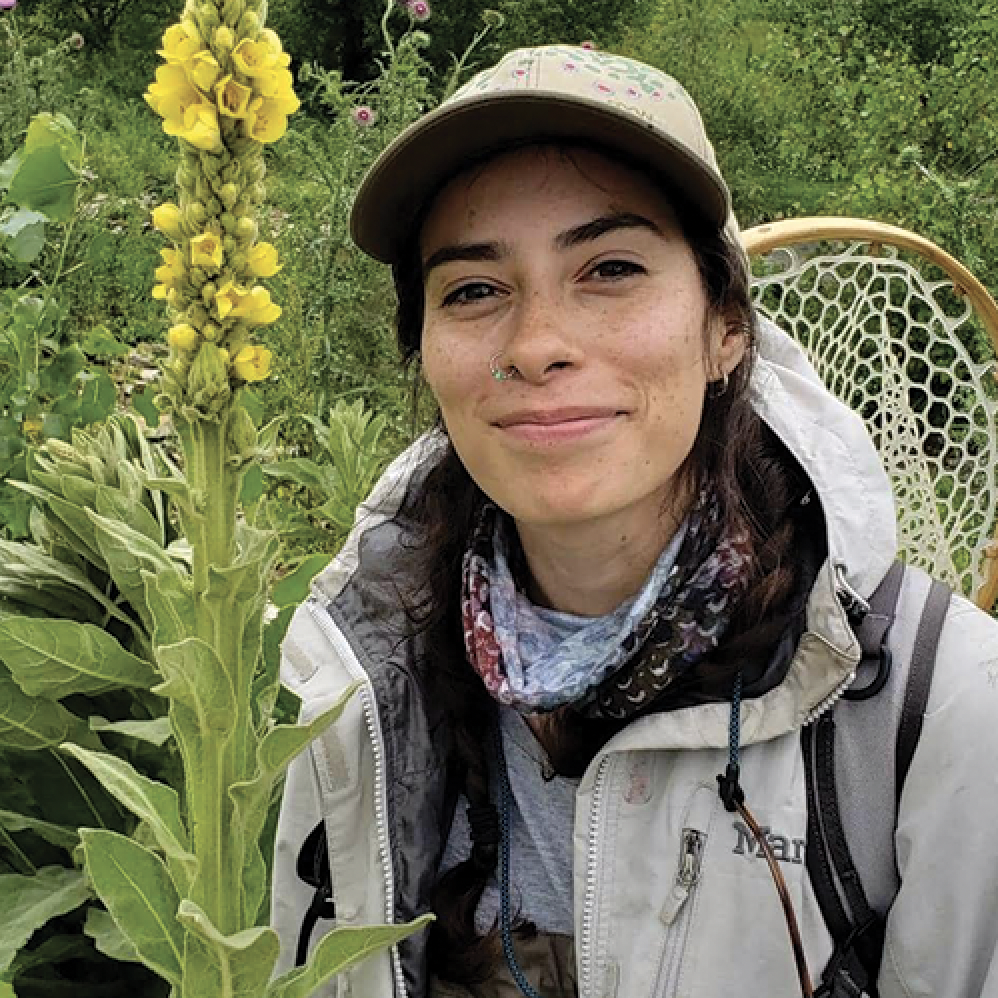 Mel Boman: As an angler I've learned to love the unexpected. Whether it's a new species, shaking the skunk off or finding a great new spot to try - there's always something to be found on a trip with a fly rod in hand. When I first was introduced to fly fishing a few years ago I didn't expect to find an activity so enriching, exciting, frustrating and consuming. The first time I tried casting I was in a field, with two people who would later become my closest friends thanks to time shared on the water. That day I had no clue how many hours I would end up spending on this new obsession hobby, or that it would lead me to the life I am so thankful for today.

Speaking of unexpected, I'm Mel - an angler who is 4'10 and interested in all species from emerald shiners to trout to carp to musky. If you meet me in person you'll likely wonder how tall I am so I figured I should include it in my bio. I am passionate about angling, learning and challenging myself with a range of species. Over the years it has been incredibly fun to experience the amazing diversity Minnesota and the Midwest has to offer for the sport of fly fishing and wilderness exploration. The Midwest might not be the first place that comes to mind when folks think of fly fishing, but with the right lens (or sunglasses) you can see what I'm talking about. I am looking forward to sharing some of my knowledge and appreciation for fishing, the outdoors and that tug on the line! 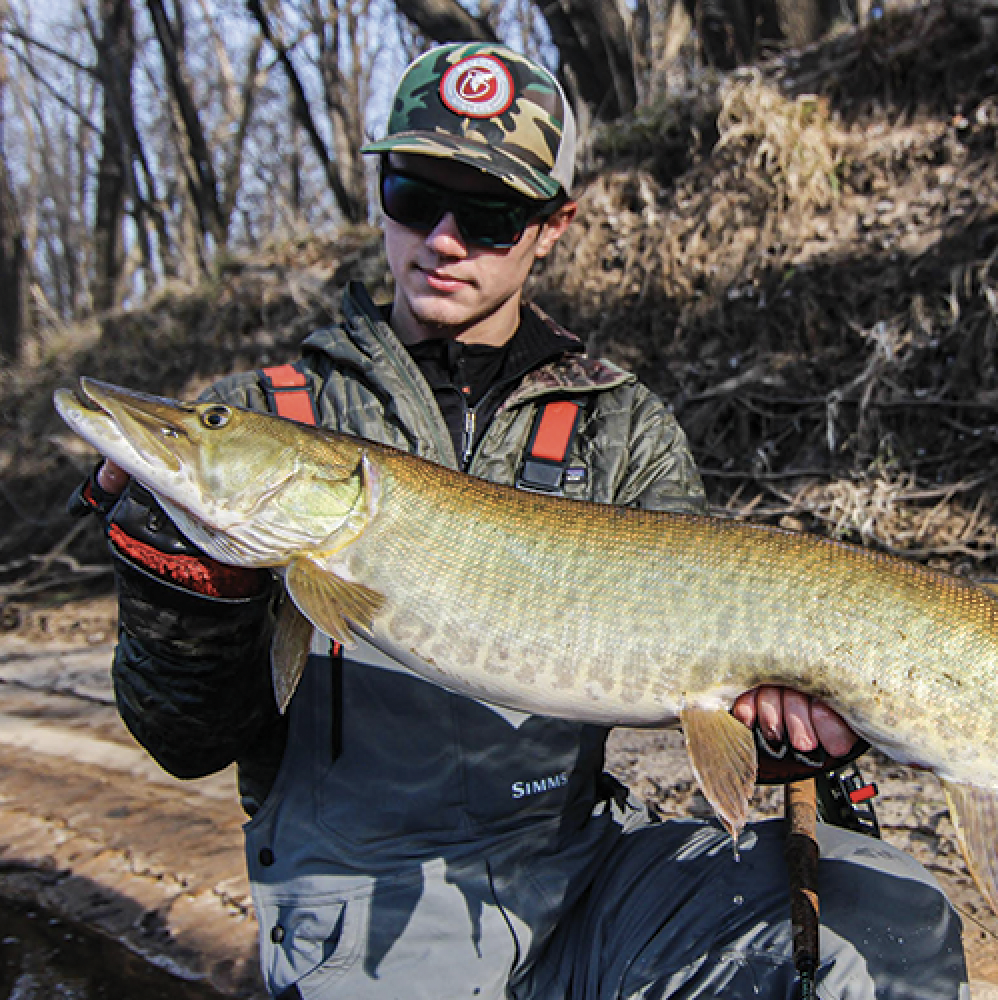 David Holmes: Growing up just outside of the Twin Cities in Stillwater Minnesota, and being raised in a family that put a strong emphasis on outdoor recreation and conservation, I spent the majority of my childhood exploring the countless lakes, rivers, and streams from Northern Minnesota, to Southern Wisconsin and everywhere in between. Although initially a spinning rod was my tool of choice, 9 years ago I picked up a fly rod and haven’t put it down since.

I have lived in La Crosse Wisconsin for the last 5 years, completing my Undergraduate Degree in Environmental Sciences, while focusing every bit of spare time (probably more than a college student should) on chasing and guiding Musky, Smallmouth bass, and Trout in the Driftless area. Some of my other passions include photography, environmental conservation, fly tying, and my 16’ Shawnee Power Drifter which has quickly become my go to means of exploring rivers throughout the Midwest.

My species of choice to chase throughout the year is the Musky. Since catching my first one on a fly rod out of pure luck back as a high schooler, I have been completely enamored with them, and have focused the majority of my angling efforts on pursuing them. Even going as far as to have one tattooed on my casting arm.

I am beyond thrilled and extremely fortunate to be relocating back to the Twin Cities, and to be doing what I love most as a full-time job, alongside some truly fantastic people. See you out on the water! 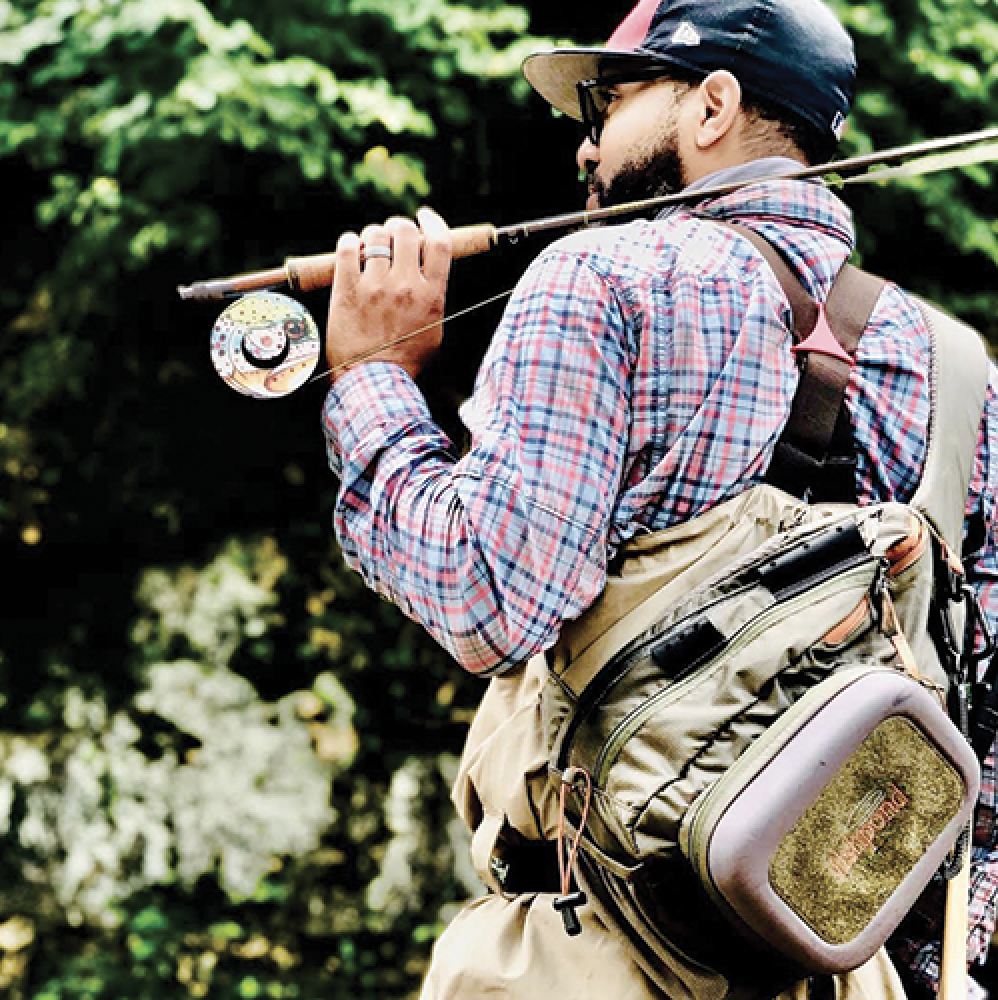 Ashley White: Born and bred in the Midwest, the move to Minnesota four years ago didn’t seem like it would be a change of scenery. Just a bunch of corn and cows everywhere. I would continue to commute to work with my headphones on, staring at my phone and pretend to enjoy happy hour jokes until I died. One day, just to spice things up, I decided to take a fly-tying lesson and that was the night that set off a chain of events that would ruin my life. By ruin, I actually mean help me feel welcomed in my new home and find a passion to pursue for the rest of my life. Now look at me, standing in a river whispering at fish to jump on my hook (you should try it, it works) living the dream. That’s my story and I am sticking to it.

I enjoy fishing all over the Midwest with dreams fishing international waters. I believe the river is one of the best places to build a relationship. I hope to inspire a new generation of anglers to enter the sport and wish to remove barriers for anyone who has a desire to learn.